Andrew Greenhalgh reviews Behind the Curtain, Havilah Tower's CD set to release in December 2013. Join "The List" on the right of the website for updates on releases.

In the media? Talk@havilahtower.com to review the CD. 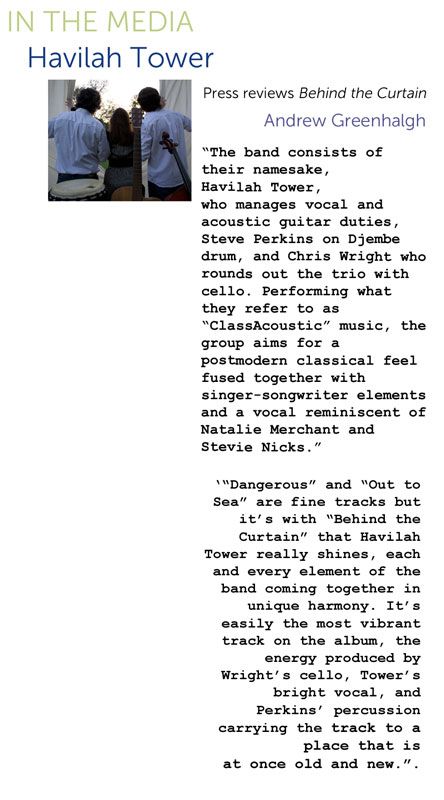 The band consists of their namesake, Havilah Tower, who manages vocal and acoustic

guitar duties, Steve Perkins on Djembe drum, and Chris Wright who rounds out the trio

with cello. Performing what they refer to as “ClassAcoustic” music, the group aims for

It’s with “Behind the Curtain” that Havilah Tower really shines, each and every element of the band coming together in

unique harmony. It’s easily the most vibrant track on the album, the energy produced by Wright’s cello, Tower’s bright

vocal, and Perkins’ percussion carrying the track to aplace that is at once old and new.